The health crisis caused by Covid-19 has made architects, designers and other professionals related to the social sciences see in it an opportunity to improve the quality of life of the population. The organization of the domestic space and work space, the rehabilitation of homes and open spaces: streets, squares and avenues are some of the problems that came to light in the long days of confinement and have generated challenges for situations like these to arise. be more bearable in the future.

Rethinking the use of shared spaces is one of those challenges. Its development has already been seen for several decades. Cities have tried to ensure that various types of traffic, be it vehicles, pedestrians or cyclists, coexist in their central areas such as squares and avenues, maintaining safety for all and the proper development of their social and commercial life.

The challenge itself is that often, these urban areas preserve the morphology of a few centuries ago: narrow streets, small plots, palaces and period buildings, squares that should not be modified because they are historical. Even so, in these areas some streets and squares have been pedestrianized, some underpasses for vehicles have been built, and various types of audiences must coexist. These urban modifications have developed a lot in recent decades in the main European cities and have been successfully replicated in Latin American cities such as Lima, Bogotá, Buenos Aires, and Mexico City.

These modifications have made public places grow, flourish and decline –in some cases- to the extent that the space, the activity that takes place in them or the buildings lose meaning over time. “Public spaces, from this perspective, facilitate the experience of life in public by assuming themselves as symbolic places of exchange of meanings (Vidal and Pol, 2005).

It can be said that the concept of “Shared Space” (in architecture), literal translation of “Shared Space”, was formally born with the launch of the European project of the same name, which was part of the Interreg IIIB Program, North Sea, which promoted seven architectural projects in Germany (Bohmte), Belgium (Oostende), Denmark (Ejby), Holland (Friesland, Haren and Emmen province) and England (Suffolk county).

For example, in the project carried out in the Netherlands, in relation to accident rate, it can be concluded that: in some cases, such as the cities of Olderberkoop, Donkerbroek and Drachten, there is a clear reduction in accidents with injuries. This circumstance is consistent with the general reduction in vehicle speeds that seems to accompany these projects and that would make accidents less serious.

However, “Shared Space” is nothing but a new name for a practice with several decades of development, mainly in the Netherlands and, particularly, in the province of Friesland, through which new criteria were introduced for the regulation of traffic and for the design of the public space (http://www.cristinaenea.eus/zikloteka/eu/f/2638) based on the spatial integration of the different users; that with the passage of time and the social practices developed in them were giving identity to these places, whether they are public, open, private or closed spaces, such as in the workplace

Workspaces have been heavily modified since the first half of the 20th century. Modernism achieved through the glass facades and the steel skeletons that the free floors were arranged in a hierarchical way, originating the offices. These offices at the beginning of the 21st century evolved and developed what are known as the new “open office” that are arranged horizontally, without a clear distribution that combines work, rest and relaxation spaces, under the same roof.

Currently, a new way of working has been established that does not respond so much to the arrangement of office spaces or furniture, but to a new way of working linked to the millennial generation: coworking. The notions of the public and the private have been affected in favor of the shared.

If before the pandemic these places had grown exponentially, it is expected that after it they will grow even more, quite the opposite to what people may think. For example, the occupancy of Co-Work LatAm spaces rose from 55% in June to 70% in September. According to Sebastián O’Ryan, co-founder of this company: “occupancy is not equal to demand, because more spaces are rented than are used to respect social distancing. The flexible office is the future, companies are realizing that it makes no sense to make long-term contracts with the levels of uncertainty that exist … It does not have to be 100% home office or 100% office, there must be a hybrid … The only way to explore this model is through flexible offices,” predicts O’Ryan.

That means people will want more space. The architects and designers of these shared workspaces ask themselves a lot lately: How do we create spaces with the physical distance that we now need to have? Answers are tested on how to create more private spaces or personal offices for individuals, and more distance between desks. Instead of desktop configurations facing each other or side by side, they could now be located behind the back of our colleagues with more space between us. A conference room of 10 people would now only have to be for 5, less seating in common areas such as kitchens, among others. Solutions like that are already paying off.

Another shared space that is being developed today is “co-housing”, a way of living where a community shares spaces and activities. It is a style of housing that in recent decades has had a boom in the United States and in several European countries. In Latin America, this system is just beginning to be a housing alternative and a lifestyle. Co-housing is a way of living sharing spaces and activities with neighbors, it means deciding to live in an environment where some spaces are voluntarily shared and where social relationships between community members are considered an element of value.

Architecturally, these shared spaces can be a common house, a common apartment or common areas, being those that most strengthen the community spirit: the kitchen and the dining room, since cooking and eating together is a unique strategy to create relationships and therefore so much community. Workspaces are also important to share skills, such as gardens or orchards, where neighbors generate something for themselves, and with which the sustainable attitude of the community is strengthened.

As we can elucidate the density is not a bad thing; it may even be interesting to experience it. But if you question the issue of how to balance privacy with openness. As the world’s urban population increases exponentially, cities become denser and the issue of safety and health becomes more relevant – and now more because of COVID-19. It is the responsibility of architects and designers to always address these issues in their projects correctly and effectively.

From shared space to flexible office: the refocusing of the cowork business: https://www.america-retail.com/chile/de-espacio-compartido-a-oficina-flexible-el-reenfoque-del-negocio-de-los-cowork/

Evolution of shared space: Privacy vs. openness in an increasingly dense architecture:

6 cities where shared spaces are a success: 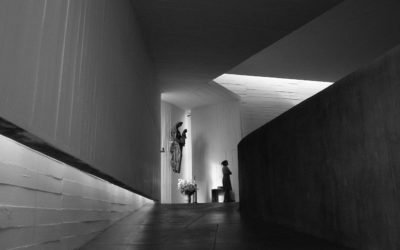 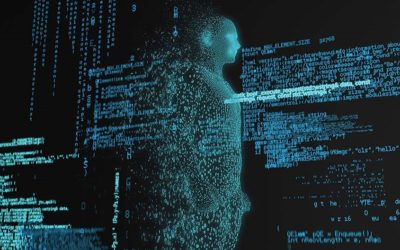 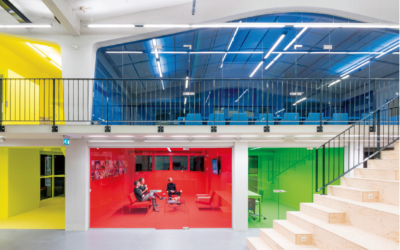 The correct use of color in architecture and design

In architecture and design it is important to study each color tone, identify the effect it causes on people and determine which one is recommended to use in each space according to natural lighting, the distribution of spaces, and the characteristics of those who inhabit it .